I’m a car guy. I can talk about torque curves, powertrain options and debate the intricate differences between the different manufacturers. In fact, I barely know my cousin and couldn’t even tell you where or even if he works. But we have talked cars for hundreds of hours since I was three years old.
Sad? Probably. 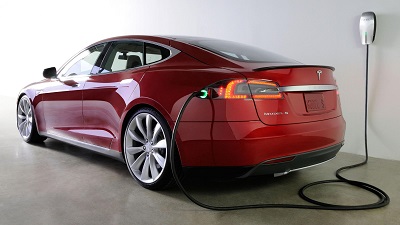 With this providing context, I thought about what I can do to add value to this current issue on alternative fuels.
model-s-photo-gallery-10How about an electric car? Since the Tesla can travel 0-60 mph in four seconds, I thought it might be neat to write about my first impressions of one.
Some of you will know that I drive a fire breathing, slightly tuned American muscle car known as the Corvette. She is well cared for, still turns heads and moves like a scared cat if you lean into the go pedal. Ferocious exhaust music is enjoyed the whole way.
But this electric Tesla is faster and therefore got my attention.
So, I recently met Dr. Alex Jimenez , owner of a 2014 Tesla, in a parking lot seconds before the skies opened with a typical summertime afternoon downpour. We skipped the pleasantries and I literally jumped in the passenger seat, never having met him before. It turned out great because it gave us time for Alex to give me the interior tour. As with many Tesla owners , he is passionate about his car and in fact owned another Tesla model before his current P85+.
I have always been intrigued by this modern piece of technology and had no preconceived opinions on the car. I found the interior to be of good quality, somewhat on par with a premium automobile. Leather covered most surfaces. The seats were comfortable and storage was plentiful, considering there was no internal combustion engine. You could store your gear under the hood or in the rear hatch.
The real fun began when the wheels started rolling.
It’s quite surreal not to hear a motor or feel any vibration. It just goes. No drama and no fuel. On a full charge Jimenez travels more than 200 miles, plenty for a daily commuter. On frequent road trips to Miami, he stops twice at Tesla charging stations to refuel ….um I mean recharge. “It adds about 40 minutes to my trip, but I like to stop twice anyway, even if I were in a regular vehicle,” Jimenez said.
The roads were wet for our ride, so he didn’t really demonstrate the performance, but suffice to say, the power is immediate and plentiful. Alex told me he frequently finds fingerprints on his window from gawkers trying to catch a glimpse of this modern-day urban transporter through the dark tint. It’s easy to see how the car would attract so much attention because from the outside, it looks absolutely stunning.
As our time drew to a close, I got into my own vehicle, (the one with the internal combustion engine that was originally invented in 1859.) Seems kind of primitive now. If electric vehicles are the future, as it seems like it is, then this is going to be fun for us car guys. We just need to learn about gigawatts and flux capacitors, instead of pistons and oil viscosity.
Until next time